Victoria Kahn is Professor of English and Bernie H. Williams Professor of Comparative Literature at the University of California, Berkeley. She is the author of Machiavellian Rhetoric (Princeton). 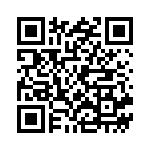