God: myths of the male divine

In a companion work to their previous volume Goddess (LJ 10/15/94), the authors present the concept of the god through the ages. Illustrated by myths of many different times and lands, the continuous ... Ler crítica na íntegra

David Leeming was formerly Professor of English and Comparative Literature at the University of Connecticut. Jake Page is an essayist, science writer, novelist, and co-author with his wife Susanne of both Hopi and Navajo. Both authors live in New Mexico. 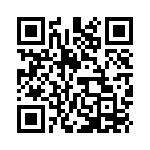