Bill Schneider has enjoyed the outdoors all his life. While in college in the late 1960s, he worked in Glacier National Park as a trail hand. In the 1970s, he worked for the Montana Department of Fish, Wildlife, and Parks, the publisher of Montana Outdoors. His first book, Where the Grizzly Walks, was published in 1978. In 1979, along with his partner Mike Sample, be started Falcon Press Publishing Company. One of the first two books they published was his Hiking Montana. Falcon Press is now considered a premier publisher of recreational guides and has more than 300 titles in print. Schneider has written several other books and articles on outdoor and environmental issues. He has also taught classes on hiking and camping for the Yellowstone Institute. Bill Schneider lives in Helena, Mont. 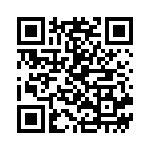