La Wanda Cox is professor emerita of history at Hunter College and the Graduate Center of the City University of New York. 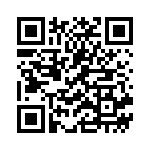