Jay Alan Sekulow is Chief Counsel for the American Center for Law and Justice (ACLJ) and the European Center for Law and Justice (ECLJ). An accomplished and respected judicial advocate, Sekulow has presented oral arguments before the Supreme Court in numerous cases in defense of constitutional freedoms, especially those involving religion. The National Law Journal has twice named Sekulow one of the "100 Most Influential Lawyers" in the United States, and Time magazine named him one of the top twenty-five most influential Evangelicals in America. A popular guest on nationally televised news programs on ABC, CBS, NBC, CNN, FOX, MSNBC, CNBC, and PBS, Sekulow has his own call-in radio program which is broadcast throughout the country on more than 500 radio stations and frequently contributes articles and commentary to national publications such as USA Today, New York Times, Washington Post, and Washington Times. 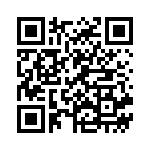