Thomas L. Dumm is Professor of Poltical Science at Amherst College. His books Include united states and Michel Foucault and the Politics of Freedom. 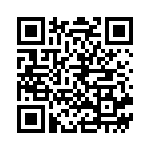