This is a volume of letters and additional materials relating to volume seven of Martin Gilbert's complete life of the Wartime Prime Minister. The editorial team has done a very good job, and a very ... Ler crítica na íntegra

This volume of Churchill's war papers, the first to be published in ten years, covers the entire period of his term as First Lord of the Admiralty. As such, Churchill was at the center of British war ... Ler crítica na íntegra

Sir Martin Gilbert, the distinguished official biographer of Churchill, is a fellow at Merton College, Oxford. His impressive body of work includes Churchill: A Life, The Holocaust, and The Second World War: A Complete History. In 1995, he was knighted for services to British history and international relations, and in 2009, he was appointed to the British Government's Iraq War Inquiry. He lives in London. 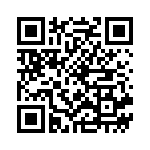