Ellen Tarry was born in 1906 in Birmingham, Alabama. While attending a Catholic school in Virginia during her teens, she joined the Church. She returned to Alabama to attend college at Alabama State Normal School for Colored in Montgomery and then taught in the Birmingham Public Schools from 1924 to 1926. 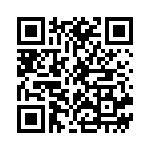