PŠgina 374 - And again, verily I say unto you, if a man marry a wife by my word, which is my law, and by the new and everlasting covenant, and it is sealed unto them by the Holy Spirit of promise, by him who is anointed...
Aparece em 98 livros desde 1848-2008
PŠgina 109 - ... played! There oft a restless Indian queen (Pale Shebah with her braided hair) And many a barbarous form is seen To chide the man that lingers there. By midnight moons, o'er moistening dews; In habit for the chase arrayed, The hunter still the deer pursues, The hunter and the deer— a shade! And long shall timorous Fancy see The painted chief, and pointed spear, And Reason's self shall bow the knee To shadows and delusions here.
Aparece em 189 livros desde 1829-2008
Mais
PŠgina 373 - Verily, thus saith the Lord unto you, my servant Joseph, that inasmuch as you have inquired of my hand, to know and understand wherein I, the Lord, justified my servants Abraham, Isaac and Jacob; as also Moses, David and Solomon, my servants, as touching the principle and doctrine of their having many wives and concubines: 2.
Aparece em 120 livros desde 1848-2007
PŠgina 377 - I might require an offering at your hand by covenant and sacrifice ; and let mine handmaid, Emma Smith, receive all those that have been given unto my servant Joseph, and who are virtuous and pure before me...
Aparece em 131 livros desde 1822-2007
PŠgina 395 - We believe in the literal gathering of Israel and in the restoration of the Ten Tribes; that Zion will be built upon this continent; that Christ will reign personally upon the earth; and that the earth will be renewed and receive its paradisiacal glory.
Aparece em 235 livros desde 1842-2008
PŠgina 387 - And Jacob called the name of the place Peniel : for I have seen God face to face, and my life is preserved.
Aparece em 155 livros desde 1810-2008
PŠgina 376 - David's wives and concubines were given unto him of me by the hand of Nathan my servant, and others of the prophets who had the keys of this power ; and in none of these things did he sin against me, save in the case of Uriah and his wife...
Aparece em 41 livros desde 1854-2007
PŠgina 149 - One George Weymouth was sent out to Maine by the Earl of Southampton, Lord Arundel, and others ; and in the narrative of their discoveries, he says: "The next day, we ascended in our pinnace that part of the river which lies more to the westward, carrying with us a cross — a thing never omitted by any Christian traveller — which we erected at the ultimate end of our route.
Aparece em 39 livros desde 1813-2006
PŠgina 373 - Inasmuch as this Church of Christ has been reproached with the crime of fornication, and polygamy : we declare that we believe, that one man should have one wife ; and one woman, but one husband, except in case of death when either is at liberty to marry again.
Aparece em 115 livros desde 1851-2007
PŠgina 394 - We believe all that God has revealed, all that He does now reveal, and we believe that He will yet reveal many great and important things pertaining to the Kingdom of God.
Aparece em 218 livros desde 1842-2008
Menos

Richard Francis Burton 1821-1890 Sir Richard Burton, the explorer, adventurer, translator, and student of Eastern sexual customs, was born in Torquay, England. He received an irregular education, which included an expulsion from Oxford University. In 1842 Burton enlisted in army of the East India Company and went to India, where he learned the Persian, Hindustani, Afghan, and Arabic languages. Burton was the first European to reach Harar, the religious capital of Somaliland. He was the discoverer of Lake Tanganyika and explored in the Congo, the Cameroons, Dahomey, and Brazil. He was a pioneer ethnologist and anthropologist. Burton was a linguist of dazzling ability, speaking 29 languages and 11 dialects. He wrote 43 books on his travels and two volumes of poetry. In addition to translating The Arabian Nights, he translated six volumes of Portuguese literature, two volumes of Latin poetry, and four volumes of Neapolitan, African, and Hindu folklore. Burton, together with Forster Fitzgerald Arbuthnot, created The Kama Shastra Society to print and circulate books that would be illegal to publish in public. This society fulfilled his ability to write about his deep interest in sexuality. Best known in this vein is his translation of The Kama Sutra, printed by the society in 1883. He was working on an English translation from the French edition of the arabic erotic guide called The Perfumed Garden. His manuscript entitled The Scented Garden was burned after his death by his wife, Isabel Arundel. It is rumored that Burton wanted this book to be published after his death to provide an income for Isabel, but she destroyed it in an effort to preserve his reputation. Burton died of a heart attack on October 20, 1890. Both Burton and his wife are buried in a tomb that is shaped like a Bedouin tent, designed by Isabel. The tomb is in St. Mary Magdalen's Roman Catholic Church Mortlake, southwestern London. 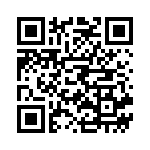