Betty Boult, EdD, is currently an educational consultant. She retired from the position of assistant superintendent of School District No. 43 (Coquitlam) in British Columbia in June 2000. She has served as director of instruction (curriculum), supervisor of staff development, principal, assistant principal, teacher-librarian, and classroom teacher. Her back ground experience ranges from primary to adult education in both Canada and the United States. In addition to these full-time positions, she has served as a provincial community education consultant, a guest lecturer for the University of Lethbridge, a sectional instructor for the University of Alberta, and instructor for Nova Southeastern University. She has done part-time consulting with an international consulting company. During the past fifteen years, she has been contracted to do workshops and seminars at the district, provincial, and international levels. In addition, she has appeared on educational television and published numerous articles.

Currently Betty is in her eighth year as Superintendent/ Program Consultant of a British Columbia Offshore School just outside Shanghai. The student population is 1200 students (900 of the students are in Grades ten to twelve). She also is a lead auditor for the Ministry of Education in British Columbia and continues to consult for various jurisdictions throughout the province. 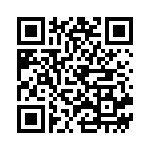