PŠgina xi - Let me add that a bill of rights is what the people are entitled to against every government on earth, general or particular, and what no just government should refuse, or rest on inference.
Aparece em 355 livros desde 1820-2007
PŠgina xviii - The very purpose of a Bill of Rights was to withdraw certain subjects from the vicissitudes of political controversy, to place them beyond the reach of majorities and officials and to establish them as legal principles to be applied by the courts. One's right to life, liberty, and property, to free speech, a free press, freedom of worship and assembly, and other fundamental rights may not be submitted to vote; they depend on the outcome of no elections.
Aparece em 524 livros desde 1884-2008

John B. Taylor, PhD, is Louis L. Goldstein Professor of Public Affairs and chair of the Department of Political Science at Washington College, Chestertown, MD, specializing in American constitutional law and history. 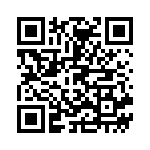