I found this book a bit annoying, he dwelt way too much on the methods we already know a lot about, and too little on the things we aren't as familiar with. I didn't find it necessary to know the history of each executioner, and what they had for breakfast. Ler crítica na íntegra

Geoffrey Abbott served for many years as a Yeoman Warder at the Tower of London. Author of nineteen books and contributor to the Encyclopedia Britannica, he has made numerous television appearances. 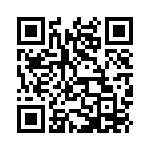