American: beyond our grandest notions

Chris Matthews is host and anchor of MSNBC's Hardball, and star of the NBC-syndicated The Chris Matthews Show. A veteran of fifteen years with the San Francisco Examiner and Chronicle, he was a speechwriter for President Jimmy Carter and senior aide to Thomas P. "Tip" O'Neill, Jr., former U.S. Speaker of the House. Matthews is the New York Times bestselling author of Now, Let Me Tell You What I Really Think, as well as the classics Hardball and Kennedy & Nixon. Matthews lives with his wife, Kathleen Matthews, news anchor for the ABC affiliate in Washington, D.C., and their three children in Chevy Chase, Maryland. 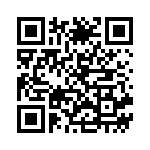