Editor Langer has included the usual suspects, among them Churchill, Roosevelt, and Hitler, but also included many other people involved in the war--including diplomats, civilians, and journalists ... Ler crítica na íntegra

Página 172 - Sixteen hours ago an American airplane dropped one bomb on Hiroshima, an important Japanese Army base. That bomb had more power than 20,000 tons of TNT It had more than two thousand times the blast power of the British "Grand Slam" which is the largest bomb ever yet used in the history of warfare.
Aparece em 167 livros desde 1904-2007
Página 172 - We are now prepared to obliterate more rapidly and completely every productive enterprise the Japanese have above ground in any city. We shall destroy their docks, their factories, and their communications. Let there be no mistake; we shall completely destroy Japan's power to make war.
Aparece em 74 livros desde 1923-2007
Mais
Página 172 - It is an atomic bomb. It is a harnessing of the basic power of the universe. The force from which the sun draws its power has been loosed against those who brought war to the Far East.
Aparece em 225 livros desde 1883-2008
Menos

HOWARD J. LANGER is an author and freelance writer./e Before becoming a full-time writer, he worked as a newspaper reporter, magazine editor, textbook editor, marketing director, and director of publications. His most recent books are American Indian Quotations (Greenwood, 1996) and The History of the Holocaust: A Chronology of Quotations (1997). 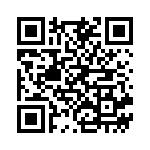