Página 140 - Are you so unobservant as not to have found out that sanity and happiness are an impossible combination? No sane man can be happy, for to him life is real, and he sees what a fearful thing it is. Only the mad can be happy, and not many of those.
Aparece em 40 livros desde 1849-2007
Página 129 - The loud little handful — as usual — will shout for the war. The pulpit will — warily and cautiously — object — at first; the great, big, dull bulk of the nation will rub its sleepy eyes and try to make out why there should be a war, and will say, earnestly and indignantly, 'Is it unjust and dishonorable, and there is no necessity for it!
Aparece em 36 livros desde 1907-2000
Mais
Página 119 - It is a remarkable progress. In five or six thousand years five or six high civilizations have risen, flourished, commanded the wonder of the world, then faded out and disappeared ; and not one of them except the latest ever invented any sweeping and adequate way to kill people.
Aparece em 22 livros desde 1916-1996
Página 129 - Before long you will see this curious thing: the speakers stoned from the platform, and free speech strangled by hordes of furious men who in their secret hearts are still at one with those stoned speakers— as earlier— but do not dare to say so. And now the whole nation— pulpit and all— will take up the war-cry, and shout itself hoarse, and mob any honest man who ventures to open his mouth; and presently such mouths will cease to open. Next the statesmen will invent cheap lies, putting the...
Aparece em 96 livros desde 1883-2007
Página 141 - For your race, in its poverty, has unquestionably one really effective weapon — laughter. Power, money, persuasion, supplication, persecution — -these can lift at a colossal humbug — push it a little — weaken it a little, century by century; but only laughter can blow it to rags and atoms at a blast. Against the assault of laughter nothing can stand.
Aparece em 77 livros desde 1916-2007
Página 128 - These institutions will always remain, and always flourish, and always oppress you, affront you, and degrade you, because you will always be and remain slaves of minorities. There was never a country where the majority of the people were in then- secret hearts loyal to any of these institutions." I did not like to hear our race called sheep, and said I did not think they were. "Still, it is true, lamb,
Aparece em 15 livros desde 1916-2004
Página 127 - He told them he was laughing at them, but it was a lie— he was laughing at me." That made him laugh again, and he said, "Yes, I was laughing at you, because, in fear of what others might report about you, you stoned the woman when your heart revolted at the act— but I was laughing at the others, too." "Why?" "Because their case was yours." "How is that?" "Well, there were sixty-eight people there, and sixty-two of them had no more desire to throw a stone than you had.
Aparece em 11 livros desde 1916-1985
Menos

MARK TWAIN (1835-1910), pseudonym of Samuel Langhorne Clemens, was an American writer, entrepreneur, publisher, and lecturer who became one of America's greatest and most popular writers. Twain was born in Florida, Missouri, and grew up in Hannibal, Missouri, the state which influenced much of his writing. Twain acquired fame for his travel stories such as Life on the Mississippi (1883), and for his boyhood adventure novels The Adventures of Tom Sawyer (1876) and Adventures of Huckleberry Finn (1885). 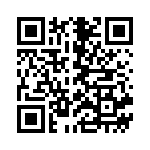