Joseph Hamburger taught at Yale University from 1957 until his death in 1997. At the time of his death, he was Pelatiah Perit Professor of Political and Social Science. The author of books on James and John Stuart Mill, John Austin, and Thomas Macaulay, Professor Hamburger spent a lifetime studying political theory and, especially, nineteenth-century intellectual history. 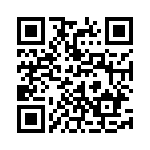