Not so simple: the "Simple" stories by Langston Hughes

One night in 1942, Langston Hughes overheard a New Jersey war plant worker tell his girlfriend that he made cranks, though he didn't know "what them cranks crank." From this encounter came Hughes's ... Ler crítica na íntegra

Donna Akiba Sullivan Harper is Fuller E. Callaway Professor of English and Chairperson of English at Spelman College. She is the editor of The Return of Simple and of Short Stories of Langston Hughes. 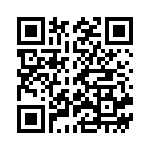