A fly in the soup: memoirs

Celebrated poet Simic (winner of both a Pulitzer and a MacArthur) here offers his memoirs. The first 15 chapters present a consistent narrative, moving from Simic's childhood in war-torn Yugoslavia ... Ler crítica na íntegra

Charles Simic was born in Belgrade, Yugoslavia, in 1938, immigrated with his family to Chicago in 1954, and was educated at New York University, where he earned his BA in 1966. Although his native language was Serbian, he began writing in English. Some of his work reflects the years he served in the U.S. Army (1961--63). He has been awarded a MacArthur Foundation fellowship, a Guggenheim Foundation grant, and a National Endowment for the Arts award. "My poetry always had surrealistic tendencies, which were discouraged a great deal in the '50's," the poet said, but such tendencies were applauded in the 1970s and his reputation consequently flourished. His poems are about obsessive fears and often depict a world that resembles the animism of primitive thought. His work has affinities with that of Mark Strand and has in its turn produced several imitators. His awards and honors included the PEN Translation Prize (1980), in 1990, he won a Pulitzer Prize for Poetry for "The World Doesn't End.", the Wallace Stevens Award 2007, Frost Medal (2011), Vilcek Prize in Literature (2011), and the Zbigniew Herbert International Literary Award (2014). He was appointed the fifteenth Poet Laureate Consultant in Poetry to the Library of Congress in 2007. Charles Simic died on January 10, 2023, at the age of 84. 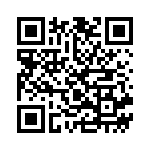