Like several of the other reviewers I have read, Patti Smith has never been a big influence on me. I came of age around the time her career as a musician was becoming established. While I was a huge ... Ler crítica na íntegra

I first became aware of Patti Smith in the summer of 1978, when Because the Night played on my radio and caught my attention by sounding so different than the other songs. The summer was otherwise ... Ler crítica na íntegra

Patti Smith is a writer, artist and performer. She has recorded ten albums and written five books, and her artwork has been exhibited worldwide. In 2005 she received the Commandeur de l'Ordre des Arts et des Lettres, the highest grade awarded by the French Republic to eminent artists and writers who have contributed significantly to furthering the arts throughout the world. She lives in New York City. 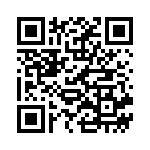