Started his ministry as a pastor in the African Methodist Episcopal Church and later became an associate pastor of the Missionary Baptist Church. James graduated from the Word of Faith Bible School in 1983. He is a certificate holder with Rhema Bible School. James founded and pastured the Shinning Lights Christian Center for ten years. He hosted the World Overcoming Faith radio broadcast for three years. For five years James was a regular guest on the Christian Television Network. He's the author of "The God Whose Nothing Yet He's Everything." And "The Immortals (The Sons of God On Planet Earth). 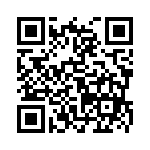