"All my work fits in my mouth," Jo Carson says. "I write performance material no matter what else the pieces get called, and whether they are for my voice or other characters' voices ... they are first to be spoken aloud." Following an oral tradition that has strong roots in her native Tennessee, the author of Teller Tales invites the reader to participate in events in a way that no conventional history book can.

Both stories in this book are set in East Tennessee in the mid-eighteenth century and share certain characters. The first narrative, "What Sweet Lips Can Do," recounts the story of the Overmountain Men and the battle of King's Mountain, a tide-turning battle in the American Revolution. "Men of Their Time" is an exploration of white-Cherokee relationships from early contact through the time of the Revolution.

Although not well known to the outside world, the stories recounted in Teller Tales are cornerstones in the heritage of the Appalachian region and of American history. In ways that will appeal to young and old alike, Jo Carson's irreverent telling will broaden the audience and the understanding for the stories of native Americans, settlers, explorers, and revolutionaries of early America. 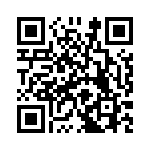