JOSEPH M. SIRACUSA is a Visiting Research Fellow in the Key Centre for Ethics, Law, Justice and Governance, Griffith University, Brisbane, Australia. Among his books are A History of United States Foreign Policy, America's Australia: Australia's America, and Into the Dark House: American Diplomacy and the Idealogical Origins of the Cold War.

DAVID G. COLEMAN is Assistant Professor at the Miller Center of Public Affairs at the University of Virginia. He is co-editor of The Presidential Recordings: John F. Kennedy (forthcoming). 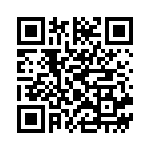