Martha Bolton is the author of more than fifty books of humor and inspiration, including The "Official" Hugs Book, The "Official" Grad Book, and The "Official" Friends Book. She was a staff writer for Bob Hope for more than fifteen years and has received both an Emmy nomination (for Outstanding Achievement in Music and Lyrics) and a Dove nomination (for A Lamb's Tale, a children's musical). Martha has written for such entertainers as Phyllis Diller, Wayne Newton, Mark Lowry, and Jeff Allen and is also known as The Cafeteria Lady for Brio Magazine. 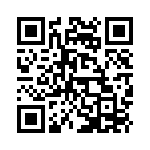