As thousands cheer: the life of Irving Berlin

Irving Berlin has long been recognized as one of this century's greatest popular composers, yet no book until this one has brought to life every level of this complicated man's personality. Bergreen ... Ler crítica na íntegra

Laurence Bergreen is the author of several award-winning biographies, including those of Louis Armstrong, Al Capone, Irving Berlin, and James Agee. He has written for many national publications including Esquire and Newsweek, taught at the New School for Social Research, and served as Assistant to the President of the Museum of Television and Radio in New York. Bergreen has also served as a nonfiction judge for the National Book Awards and as a judge for the PEN/Albrand Nonfiction Award. Voyage to Mars is soon to be an NBC-TV television movie that will premier in spring 2002, and a weekly series that will debut in fall 2002. Bergreen lives in New York City. 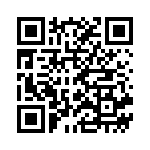