While Boritt covers everything surrounding Gettysburg from the height of the grass, bodies and how they were buried, slave and free activities, and more, he leaves out an in-depth analysis of the ... Ler crítica na íntegra

The Gettysburg gospel: the Lincoln speech that nobody knows

Boritt (Civil War studies, Gettysburg Coll.) manages to offer a fresh perspective on one of America's most famous speeches-which was not the main event at the cemetery dedication at Gettysburg in ... Ler crítica na íntegra 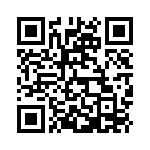