IN OUR OWN WORDS: Extraordinary Speeches of the American Century

This is a great book for anyone. It includes all different types of speeches and speakers. Whether you are liberal, republican, or non of the above, you will enjoy reading this collection. I also ... Ler crítica na íntegra

Senator Robert Torricelli (D-NJ), is a member of the Governmental Affairs, Judiciary, Rules, and Foreign Relations committees. He writes all of his own speeches.

Andrew Carroll is the editor of the bestselling Letters of a Nation: A Collection of Extraordinary American Letters and the founder of the Legacy Project, a national effort to seek out and preserve historically significant correspondence by Americans from all walks of life. 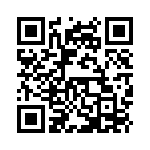