John A. Murley is Professor of Political Science at the Rochester Institute of Technology. He is the coeditor of the two-volume Essays in Law and Philosophy: On The Practice of Theory (1992) and Leo Strauss, the Straussians, and the American Regime (Rowman & Littlefield, 1999). John E. Alvis is Professor of English and Director of American Studies at the University of Dallas. He is the author of a number of works including Divine Purpose and Heroic Response in Homer and Virgil: The Political Plan of Zeus (Rowman & Littlefield, 1995). 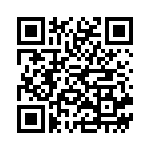