NOW I CAN PROUDLY SAY IVE READ TO KILL A MOCKINGBIRD. That's an achievement in itself :p Told from the perspective of a 9 years old little girl, it surely made the story different. If it was told from ... Ler crítica na íntegra

It's such a beautiful tale about the lives of families living in Maycomb! This book dealt with racism too and that all races deserve equality. I really loved all the characters! They were realistic. This truly felt like a real story. Ler crítica na íntegra

Harper Lee was born in 1926 in Monroeville, Alabama. She is the author of the acclaimed To Kill a Mockingbird and Go Set a Watchman, which became a phenomenal #1 New York Times bestseller when it was published in July 2015. Ms. Lee received the Pulitzer Prize, the Presidential Medal of Freedom, and numerous other literary awards and honors. She died on February 19, 2016. 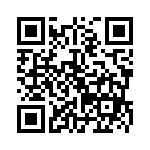