Francis Graham Lee is chair of the political science department at Saint Joseph's University in Philadelphia. He is the author of several books, including Neither Conservative nor Liberal and Wall of Controversy. 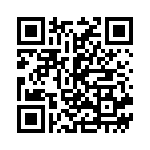