Thomas Clarkin, who received his Ph.D. from the University of Texas, is a professional historian. He lives with his wife and their two children in the Texas Hill Country. 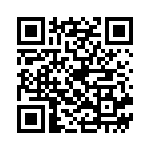