BARBARA STUHLER, prior to her retirement, was Professor and Executive Associate Dean, Continuing Education and Extension (now the College of Continuing Education) at the University of Minnesota./e From the 1950s through the 1970s, she served on the state and national boards of the League of Women Voters and served as the League's representative on the U.S. National Commission for UNESCO. In recent years she has devoted her energies to writing women's history and to increasing the representation of women in politics. 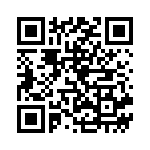