JAMES H. MEREDITH is a former Lieutenant Colonel and professor of English at the United States Air Force Academy. He has served on several Literary Society boards, and is frequently writes on such literary figures as Fitzgerald, Hemingway, Stephen Crane, Joseph Heller. He also writes on such historic figures and topics as Theodore Roosevelt, the American Civil War, and World War II. He is the author of Understanding the Literature of World War II (Greenwood, 1999). 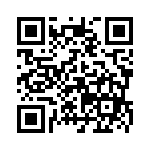