Yet another visit to those sanguinary years when heads rolled, blood flowed and people cheered.In his first book, BBC Radio writer Fife eschews most of the traditional conventions of scholarship and ... Ler crŪtica na Ūntegra

Through myriad first-person accounts, Fife (BBC radio) evokes those volatile months from the execution of Louis XVI to the guillotining of Robespierre during which nearly 40,000 French men, women, and ... Ler crŪtica na Ūntegra

Graeme Fife, one-time lecturer in Latin and Greek literature at the University of Reading, has written a vast number of stories, documentaries, features, talks and plays for BBC radio including Revolutionary Portraits (translated from contemporary documents of the French revolutionary period), A Breath of Fresh Air (a dramatized account of the death on the guillotine in May 1794 of Antoine-Laurent Lavoisier, justly known as the father of modern chemistry, who discovered the secret of combustion), and The Whisper of the Axe (a harrowing drama based on last letters written by prisoners during the Terror). He is the author of eight books, including Arthur the King: A Study of Mediaeval Legend in its Social, Historical and Literary Context (also published in United States of America) and two studies of professional cycle racing, Tour de France: The History, the Legend, the Riders and Inside the Peloton: Riding, Winning and Losing the Tour de France (also translated into Dutch). He has written articles on a wide variety of subjects for magazines and national newspapers and has broadcast on BBC Radio and the World Service. 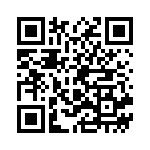