In this eloquent book, noted political scientist and biographer Burns (Univ. of Maryland and Williams Coll.) demonstrates the masterly use of political psychology to understand both the power of ... Ler crítica na íntegra

James MacGregor Burns was born in Melrose, Massachusetts on August 3, 1918. After graduating from Williams College, he went to Washington and worked as a congressional aide. During World War II, he served as an Army combat historian in the Pacific and received a Bronze Star. He received a Ph.D. from Harvard University. He did postdoctoral work at the London School of Economics. He taught at Williams College. His first book, Congress on Trial: The Legislative Process and the Administrative State, was published in 1949. After his second book, Roosevelt: The Lion and the Fox, he ran for Congress in 1958 and lost. During the campaign he became acquainted with John F. Kennedy and received unrestricted access to Kennedy, his staff and his records. This resulted in the book John Kennedy: A Political Profile. His other works included The Deadlock of Democracy, The Power to Lead: The Crisis of the American Presidency, and Fire and Light: How the Enlightenment Transformed Our World. Roosevelt: The Soldier of Freedom won the Pulitzer Prize, the Parkman Prize, and the National Book Award. The first volume of The American Experiment also received a Pulitzer Prize. He died on July 15, 2014 at the age of 95.

Susan Dunn is a professor of French literature and the history of ideas at Williams College. She is the author most recently of The Death of Louis XIV: Regicide & the French political Imagination. She lives in Williamstown, Massachusetts. 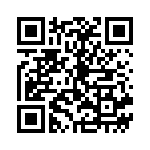