Página 10
M. Quinet's tour was , therefore , strictly speaking , a professional , professorial tour , and he seems to have considered it at the time as a great personal hazard and sacrifice . At least so he spoke of it at the opening of his ...
Página 158
This reason has been considered quite sufficient by your best writers ; for instance , by Tillemont . " " Fifthly , ' Perhaps Epictetus also , and the Emperor Marcus ( Aurelius ) are silent on Christianity .
Página 350
... woods , machinery of all kinds , cattle considered in this light , the pro- ducts of the fine arts considered as enjoyments of the senses ; every thing , in short , which the animal man values , as contri- buting to the maintenance ... 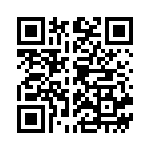