BEN L. HECHT is an experienced nonprofit executive, author, and social entrepreneur. He founded One Economy Corporation in 2000 to bring the power of the Internet and the economic mainstream to low-income families living in affordable housing across the country. In five years, One Economy has earned the support of America's leading foundations and corporations, brought high-speed Internet to $2 billion of newly constructed affordable housing, and helped more than eight million low-income people to help themselves at www.theBeehive.org. In 2005, One Economy also began working abroad in South Africa and Jordan. Immediately before One Economy, Mr. Hecht was senior vice president at the Enterprise Foundation. Mr. Hecht received his JD from Georgetown University Law Center and his CPA from the state of Maryland. For ten years, he taught at Georgetown University Law Center and built the premier housing and community development clinical program in the country. In addition to Developing Affordable Housing, Mr. Hecht has cowritten two other books, ManagingNonprofits.org with Rey Ramsey and Managing Affordable Housing: A Practical Guide to Creating Stable Communities, both published by Wiley. 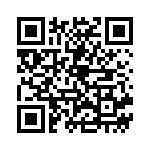