Poland's jump to the market economy: based on the Lionel Robbins Memorial Lectures delivered at the London School of Economics, January 1991

Harvard professor Sachs, the noted author of several books on international trade and an economic adviser to over a dozen countries, including Poland, is a major commentator on the awesome task of ... Ler crķtica na ķntegra

Jeffrey David Sachs was born November 5, 1954, in Detroit, Michigan. He attended Harvard College, where he received his B.A. summa cum laude in 1976. He went on to receive his M.A. and Ph.D. in economics from Harvard, and was invited to join the Harvard Society of Fellows while still a Harvard graduate student. In 1980, he joined the Harvard faculty as an Assistant Professor and was promoted to Associate Professor in 1982. A year later, at the age of 29, Sachs became a Full Professor of economics with tenure at Harvard. During the next 19 years at Harvard, he became the Galen L. Stone Professor of International Trade, the Director of the Harvard Institute for International Development at the Kennedy School of Government (1995-1999), and the Director of the Center for International Development (1999-2002). Sachs is known for his work as an economic adviser to governments in Latin America, Eastern Europe, and the former Soviet Union. A trained macroeconomist, he advised a number of national governments in the transition from communism to market economies. Jeffrey Sachs has authored several publications. Some of his titles include Common Wealth: Economics for a Crowded Planet and The Price of Civilization: Reawakening American Virtue and Prosperity, which earned him a spot on Publisher's Weekly Best Seller List for 2011. 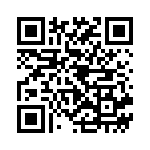