Ziauddin Sardar is a hugely renowned writer, broadcaster, journalist and critic. "Britain's own Muslim polymath" (Independent), he has become one of the UK's leading intellectuals and writes on a huge variety of subjects in numerous newspapers and magazines throughout the world. He co-authored the international bestseller "Why Do People Hate America?" Merryl Wyn Davies is a writer and anthropologist. A former television producer for the BBC, she has toured the world discussing her book "Why Do People Hate America?" and appeared on many radio and television programs supporting her arguments. She lives in Merthyr Tydfil, Wales. 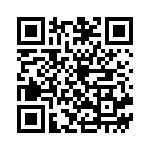