Brian Niiya is a columnist for three of the most widely read Japanese American newspapers in the country. He is an independent writer and curator, whose work has appeared in such publications as The Asian American Almanac. The former research department manager and collection manager for the Japanese American National Museum, Mr. Niiya lives in Honolulu, HI. 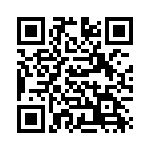