Stephen E. Ambrose (1936-2002) was director emeritus of the Eisenhower Center, Boyd Professor of History at the University of New Orleans, and president of the National D-Day Museum. He was the author of many books, including The Mississippi and the Making of a Nation: From the Louisiana Purchase to Today. His compilation of 1,400 oral histories from American veterans and authorship of over twenty books established him as one of the foremost historians of the Second World War in Europe. 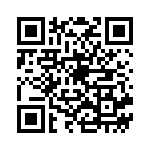