Having given us The Annotated Wizard of Oz, Michael Patrick Hearn illuminates another American favorite. Ler crítica na íntegra

Samuel Langhorne Clemens (1835-1910), best known to the world by his pen-name Mark Twain, was an author and humorist, noted for his novels The Adventures of Huckleberry Finn (1884), which has been called "the Great American Novel", and The Adventures of Tom Sawyer (1876, among many others.

Edward Winsor Kemble (1861-1933) was born in Sacramento, California. An American cartoonist and illustrator, Kemble was commissioned by Mark Twain to illustrate the original edition of The Adventures of Huckleberry Finn. He also created political cartoons and other illustrations for newspapers and magazines such as Harper's Bazaar, The New York Daily Graphic, and Life.

Michael Patrick Hearn has written for the New York Times, The Nation, and many other publications. His books include From the Silver Age to Stalin: Russian Children's Book Illustration and The Porcelain Cat; he has edited The Victorian Fairy Tale Book, The Annotated Wizard of Oz, The Annotated Christmas Carol, and The Annotated Huckleberry Finn. Hearn lives in New York City. 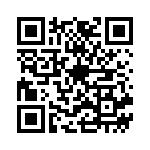