T. Gregory Garvey is an associate professor of English at the State University of New York at Brockport. He is editor of The Emerson Dilemma and author of Creating the Culture of Reform in Antebellum America (both Georgia). 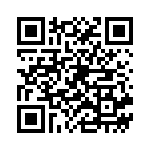