David A. Weir is professor of history at Nyack College in New York. His other book is The Origins of the Federal Theology in Sixteenth-Century Reformation Thought. 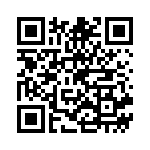