LIVRO ELETRÓNICO A PARTIR DE 2,99 US$

Robert I. Rotberg is director of the Program on Intrastate Conflict, Conflict Prevention, and Conflict Resolution at Harvard University's John F. Kennedy School of Government, and president of the World Peace Foundation. Rotberg is the author or editor of numerous books, including State Failure and State Weakness in a Time of Terror (Brookings/WPF, 2003). Thomas G. Weiss is associate director of Brown University's Watson Institute for International Studies and executive director of the Academic Council of the United Nations System. 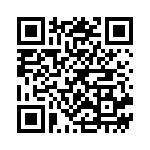