Most of the essays in this brief book were public addresses, so they make for fairly light reading--particularly if you're already aware of the injustice of the war in Iraq, which had just started ... Ler crítica na íntegra

The visionary historical work of professor and activist HOWARD ZINN (1922-2010) is widely considered one of the most important and influential of our era. After his experience as a bombardier in World War II, Zinn became convinced that there could no longer be such a thing as a "just war," because the vast majority of victims in modern warfare are, increasingly, innocent civilians. In his books, including A People's History of the United States, its companion volumeVoices of a People's History of the United States, and countless other titles, Zinn affirms the power of the people to influence the course of events.

REBECCA STEFOFF is the author of more than 100 nonfiction books for children and young adults, and she has adapted several best-selling history books for younger readers. 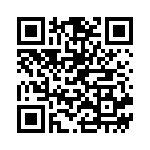