To my editor at Penguin, Elda Rotor, for seeing the need for a new edition of The Portable Emerson, first edited by Mark Van Doren in 1946 and reedited by Carl Bode in 1977.

To the Ralph Waldo Emerson Memorial Association for permission to include the selection from Emerson’s correspondence.

And to my family—Julia, Kazia, and Zoë—for sharing our home with yet another Transcendentalist.

that the personality of the man—the wonderful heart and soul of the man, present in all he writes, thinks, does, hopes—goes far towards justifying the whole literary business—the whole raft good and bad, the entire system. You see, I find nothing in literature that is valuable simply for its professional quality: literature is only valuable in the measure of the passion—the blood and muscle—with which it is invested—which lies concealed and active in it.2

Emerson would agree. As he wrote in his journal of 1845, “Writing should be the settlement of dew on the leaf, of stalactites on the wall of the grotto, the deposit of flesh from the blood, of woody fibre in the tree from the sap.”3 It was not only that the words need to be created from an author’s lifeblood, however, but that it must produce a correspondent passion in the reader: “Let us answer a book of ink with a book of flesh and blood.”4 The right use of books, the “one end which all means go to effect,” he wrote, is “for nothing but to inspire. I had better never see a book than to be warped by its attraction clean out of my own orbit, and made a satellite instead of a system. The one thing in the world, of value, is the active soul.”5

Like Henry David Thoreau, who, in Walden, wanted to wake his neighbors up, Emerson said of his neighbors while in the midst of writing his first book, Nature: “They want awakening. Get the soul out of bed, out of her deep habitual sleep, out into God’s universe, to a perception of its beauty, and hearing of its call, and your vulgar man, your prosy, selfish sensualist awakes, a god, and is conscious of force to shake the world.”6

Emerson did not want a generation of disciples, of followers, but of original thinkers. “I have been writing and speaking what were once called novelties, for twenty-five or thirty years, and have not now one disciple. Why?” Emerson asked in 1859:

Not that what I said was not true; not that it has not found intelligent receivers but because it did not go from any wish in me to bring men to me, but to themselves. I delight in driving them from me. What could I do, if they came to me?—they would interrupt and encumber me. This is my boast that I have no school & no follower. I should account it a measure of the impurity of insight, if it did not create independence.7

Those thought of as disciples, such as Thoreau or Margaret Fuller or Amos Bronson Alcott, were appreciated by Emerson for their originality and perception, their ability to “alter my state of mind,”8 and because he found in them “souls that made our souls wiser.”9

Between May 25, 1803, when he was born without ceremony in the First Church parsonage in Boston to Reverend William and Ruth Haskins Emerson, and April 27, 1882, when the bell of the First Parish in Concord tolled seventy-nine times announcing his death from pneumonia, Ralph Waldo Emerson had become one of America’s leading intellectuals, earning him the epithet, the Sage of Concord. “Great geniuses have the shortest biographies,” Emerson wrote. “Their cousins can tell you nothing about them. They lived in their writings, and so their house and street life was trivial and commonplace.”10

Many who achieve prominence show no particular marks of distinction and promise in their early years. Emerson was no exception. He attended Boston Latin School and Harvard College as a satisfactory student, teaching after graduation in various schools until he decided to prepare for the ministry by attending the Harvard Divinity School. Once licensed to preach he found himself welcome at many pulpits around Boston; he finally accepted a position as colleague, or junior, pastor—soon promoted to pastor—at the Second Church in Boston.

In December 1827 Emerson met Ellen Louisa Tucker. She was sixteen, with a sweet and kind disposition, and tubercular, a condition they either ignored or hoped she would overcome. They married in 1829. Sixteen months later Emerson was a widower. Emerson’s aunt, Mary Moody Emerson, wrote shortly before Ellen’s death, “Waldo has borne so well his personal trials—has done & labored so much for his family that it is grievous to find him so tried—he is discouraged about this lovely flower who has so captivated his affections.”11

After Ellen’s death, Emerson found himself in conflict with the Second Church over the administration of the sacrament, a ritual from which he believed “the life and suitableness have departed,” making it “as worthless . . . as the dead leaves that are falling around us.”12 He had begun his lifelong process of thought, consideration, evaluation, and realignment, in a cycle that left no concept secure, and damned “foolish consistency” as the “hobgoblin of little minds.”13 As he would write in his essay “Circles,” “No truth so sublime but it may be trivial to-morrow in the light of new thoughts.”14

“The true preacher,” Emerson wrote, “can be known by this, that he deals out to the people his life,—life passed through the fire of thought.”15 To be a true preacher for Emerson left him no recourse but to resign his pastorate. Freedom was the “essence”16 of faith. A few days after leaving the Second Church in December 1831 he sailed for Europe, visiting the great sites of Italy and France, but it was in England and Scotland where, having met William Wordsworth, Samuel Taylor Coleridge, and a man who would be a lifelong friend, Thomas Carlyle, his world changed. Although he did not yet know in what way, the life he left behind in America was not the life he was returning to.

His journal during his European period shows a mind receptive to, sparked and animated by, all his experiences: places he visited, things he saw, events he witnessed, and people he met, all offering new perspectives. When visiting the Jardin des Plantes in Paris he wrote in a notebook that he was

impressed with the inexhaustible riches of nature. The universe is a more amazing puzzle than ever, as you glance along this bewildering series of animated forms—the hazy butterflies, the carved shells, the birds, beasts, fishes, insects, snakes, and the upheaving principle of life everywhere so incipient, in the very rock aping organized forms. Not a form so grotesque, so savage, nor so beautiful but is an expression of some property inherent in man the observer—an occult relation between the very scorpions and man. I feel the centipede in me—cayman, carp, eagle, and fox. I am moved by strange sympathies; I say continually, “I will be a naturalist.”17

His experiences in Paris informed Emerson’s lecture, “The Uses of Natural History,” in which he explained natural history as a lexicon of the language of God and the universe:

Every fact that is disclosed to us in natural history removes one scale more from the eye; makes the face of nature around us so much more significant. . . . Thus knowledge will make the face of the earth significant for us: it will make the stone speak and clothe with grace the meanest weed. Indeed it is worth considering in all animated nature what different aspects the same object presents to the ignorant and the instructed eye. . . . It is in my judgment the greatest office of natural science, and one which as yet is only begun to be discharged, to explain man to himself. . . . The knowledge of all the facts of all the laws of nature will give man his true place in the system of being. . . . Nature is a language and every new fact we learn is a new word. . . . I wish to learn this language—not that I may know a new grammar but that I may read the great book which is written in that tongue.18

Although Emerson continued to preach sermons throughout the 1830s, the number of moralistically religious addresses tapered off rapidly toward the end of the decade as he delivered more discourses and lectures on diverse themes that might attract a wider audience. His interest in science and nature had been expanding since the 1830s. By the 1840s he was speaking increasingly on such issues as abolitionism, Indian rights, America’s focus on materialism, and society’s increasing lack of spiritual support and focus. For Emerson, though, there may have been little difference between the church and the lyceum. As Elizabeth Peabody wrote:

I think Mr. Emerson was always pre-eminently the preacher to his own generation and future ones, but as much—if not more—out of the pulpit as in it; faithful unto the end to his early chosen profession and the vows of his youth. Whether he spoke in the pulp 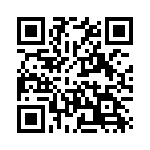