DICKSON A. MUNGAZI is Regent's Professor of Education and History at Northern Arizona University. He is the author of numerous books, including In the Footsteps of the Masters and The Journey to the Promised Land. 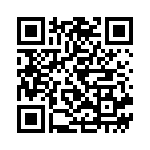