Daniel M. Gerstein is an officer in the U.S. Army. In 2004-2005 he was a Military Fellow at the Council on Foreign Relations. A veteran of the Gulf War and operations in the Balkans, he holds degrees from West Point, Georgia Tech, the Army Command and General Staff College, and the National War College. 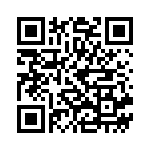