Hal von Luebbert is a retired soldier, private detective, bodyguard, and - recently - high school teacher. In 1978, the US government in its IRS avatar destroyed his business and family. In 1985, when he had recovered and remarried, they did it all again, this time driving a teenage son to three attempts at suicide. A war ensued, and when von Luebbert counterattacked federal murder attempts with electronic and personal surveillance proving massive governmental crime, a US District Court protected their federal employers by ruling his records exempted under the Freedom of Information Act by the national secrets exemption. US Senators and national media forwarded proof of federal crime like mayhem, murder, rape, and extortion to commit rape protected their masters by concealment of the evidence and personal silence. Protected still by evidence of federal crime, together with the fact of large numbers of remaining witnesses available for subpoena, von Luebbert lives mostly in the wild in Texas and states where concealed handgun laws make it possible for him to defend himself with lethal force. He is also a sixth degree black belt and three time national judo champion “Letters” is his second novel. 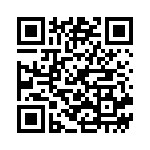