Página 5 - The poorhouse is vanishing from among us. We have not yet reached the goal, but, given a chance to go forward with the policies of the last eight years, we shall soon with the help of God be in sight of the day when poverty will be banished from this nation.
Aparece em 281 livros desde 1910-2007

Donald Foy was born and bred on Chicago’s southside during the Depression years. A typical youth educated, enlightened, employed, and like many of the era prematurely aged by the incertitude of the encroaching World War II. This was a time replete with historical subterfuge. The influence of a Manhattan social welfare worker of the times grew from mere curiosity into an obsession to unravel the mystic of the shadowy Harry Hopkins. The mystery and drama are unveiled in his first book... “No Time for Glory.”

Donald and his wife live outside Chicago near their four children and five grandchildren. 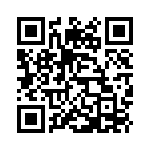